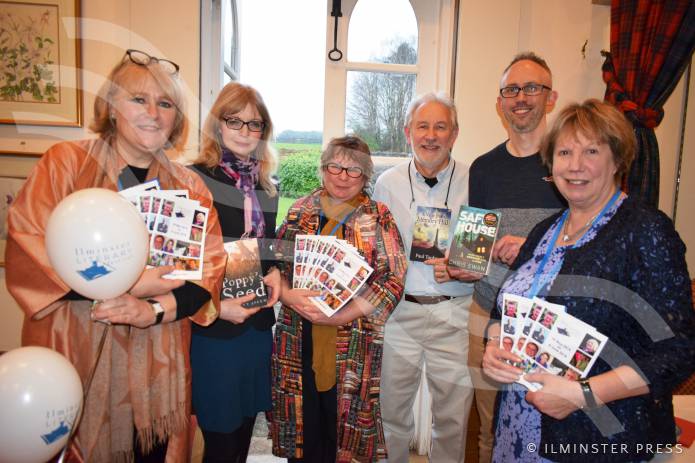 PLANS for this year’s Ilminster Literary Festival were given a civic seal of approval during a launch event held at Whitelackington Manor.

The Deputy Mayor of Ilminster, Cllr Julie Fowler, congratulated everybody involved in the festival which will be held from May 30 to June 8.

A host of events have been lined-up and Cllr Fowler said it was fantastic and testament to the hard-work of the festival committee that it had been able to pull together an amazing itinerary of guest speakers including best-selling author Fay Weldon and award-winning war correspondent Martin Bell.

The launch at Whitelackington Manor was attended by festival supporters and sponsors and local authors.

For more information go to the festival website at www.ilminsterliteraryfestival.org or email ilminsterlitfest@gmail.com .