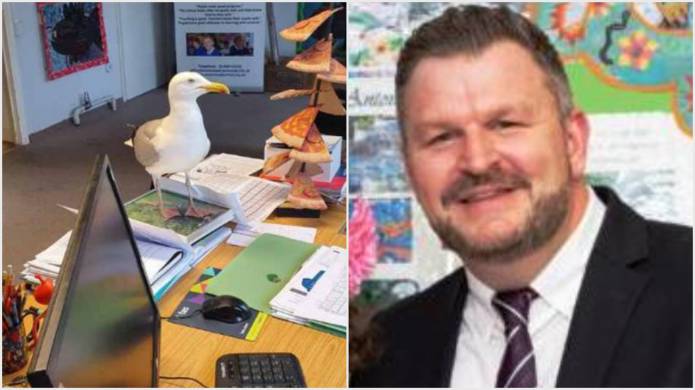 THE headteacher of Swanmead Community School in Ilminster found an unscheduled visitor in his office earlier this month – a gull!

With doors and windows open at the school because of the warm weather a gull went in through the hall and into the reception area before deciding to go into headteacher Mark Walker’s office.

“This gull strutted into my office and perched itself on my desk,” said Mr Walker. “It then did several circuits of my room before being encouraged to leave via one of the windows.

“I was out at the time on a school trip and there was some concern that I had missed a diary appointment!”

Mr Walker added: “No harm done, but I’m hoping he does not visit again.”

PHOTO: Swanmead headteacher Mark Walker and the gull sat on his desk.