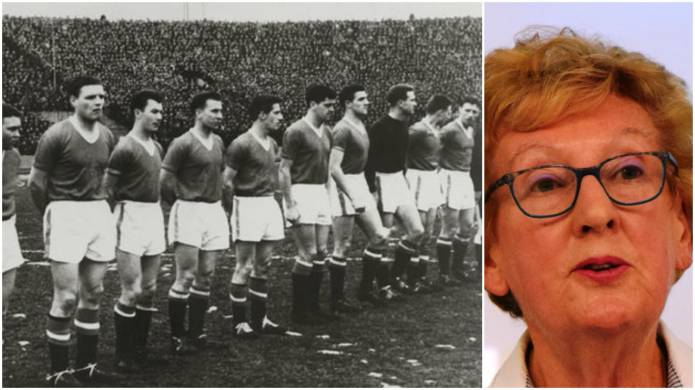 FORMER Ilminster Mayor, Julie Fowler, has spoken of her personal allegiance to Manchester United Football Club ever since the horrific Munich Air Disaster which happened 63 years ago.

The air disaster happened on February 6, 1958, when British European Airways Flight 609 crashed on its third attempt to take-off from a slush-covered runway at Munich-Riem Airport in West Germany.

On the plane was the highly-talented Manchester United football team – known by the nickname of the Busby Babes – along with supporters and journalists.

Julie was at school at the time of the disaster and her science teacher was Ruby Thain – wife of Captain James Thain, pilot of the stricken aircraft.

Julie, who served as Ilminster Mayor from 2018-19, told the Ilminster Press that she can always remember the tragedy and how Mrs Thain had consistently defended her husband’s good name after he was initially and wrongly blamed for the disaster.

“I went to school in Slough and was taught by Mrs Thain,” she said.

“I subsequently learned that she carried out experiments in the school laboratories which provided the scientific evidence that the accident had been caused by slush on the runway and not pilot error.

“Mrs Thain was instrumental in clearing her husband’s name – although this did not happen sadly until 1969.

“I’ve always remembered those days and since that time I have always been a supporter of Manchester United FC – although currently they are stretching my goodwill to the limit!”

Back on that dreadful night of February 1958 a total of 20 of the 44 passengers and crew on the aircraft died at the scene, while the injured were taken to hospital where three more died resulting in 23 fatalities overall. 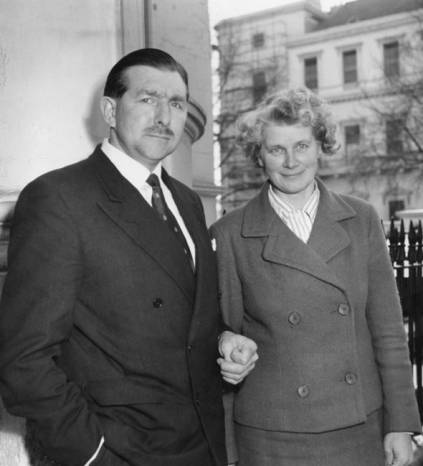 PHOTO – TOP: The Busby Babes line-up before their European Cup clash against Red Star Belgrade and former Ilminster Mayor, Julie Fowler, who served in the role from 2018-19, has spoken of her support of Manchester United ever since the horrific Munich Air Disaster of 1958.

The United team was returning home after a European Cup match in Belgrade, Yugoslavia, where they had beaten Red Star Belgrade to progress through to the semi-finals of the competition.

The flight stopped to refuel in Munich, but because of boost surging in the left engine Captain Thain and co-pilot Kenneth Rayment twice abandoned take-off.

Captain Thain decided on a third take-off attempt but by then snow had started a fall and a layer of slush had formed at the end of the runway.

Just as the aircraft was about to take off it hit the slush and the plane ploughed through a fence and the left wing was torn off after hitting a house. 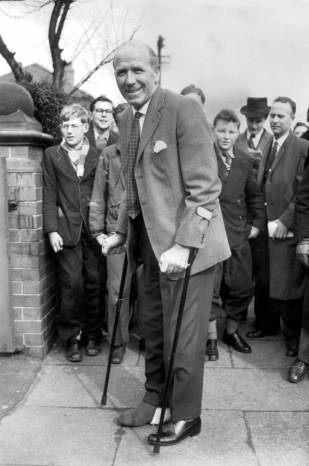 Among those to survive the crash were Manchester United’s legendary manager Matt Busby and player Bobby Charlton who went on to enjoy World Cup success with England in 1966.

PHOTO - RIGHT: Manchester United manager, the legendary Matt Busby, arrives back home after spending two months in hospital – where he was twice read the last rites because of his serious condition following the crash.

The German airport authorities blamed Captain Thain for the accident at the time claiming he had not de-iced the aircraft’s wings – despite eyewitness accounts indicating that it was not required.

On Christmas Day 1960 he was dismissed by BEA and spent the next decade trying to clear his name. He never flew for an airline again.

It was learned that deep slush at the far end of the runway had made it impossible for the plane to gain flying speed and Captain Thain was cleared in 1968. 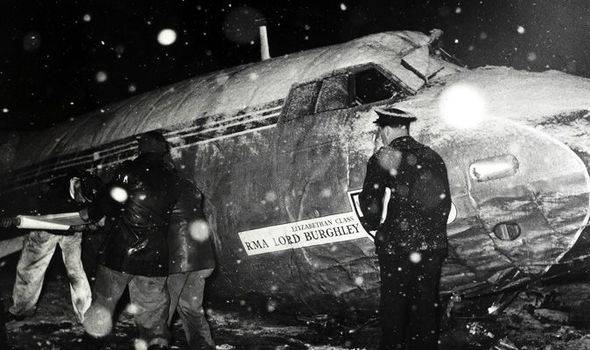 PLEASE NOTE: This story first appeared in the Ilminster Press community newspaper in February 2020 and has been amended for the 2021 anniversary of the Munich Air Disaster.