ILMINSTER NEWS: D-Day hero was killed while helping to save others 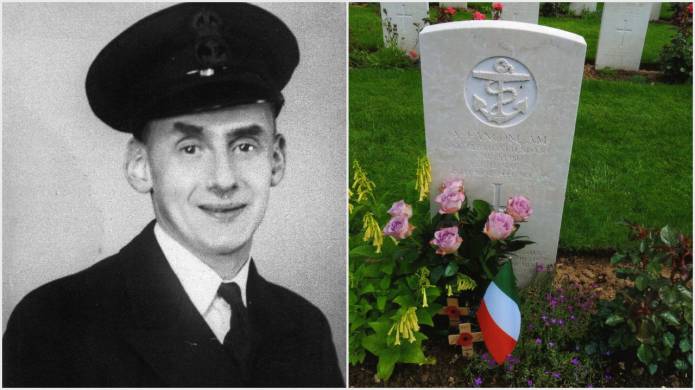 A BRAVE Swiss man with links to Ilminster has been remembered for his actions during the D-Day Landings of 75 years ago in which he lost his life trying to save others.

Arturo Fanconi lived in the UK where his parents, Arthur and Lili Fanconi, ran a café in Silver Street, Ilminster, during the 1930s and 40s and which is now home of The Green House.

He volunteered as a sick bay attendant with the Royal Navy, serving with HMS Odyssey, when he was summoned to help men wounded by mines at Quineville in Normandy on June 28, 1944, around three weeks after the initial invasion.

Arturo immediately sprang into action and ran half a mile and went through what later proved to be a field of anti-personnel mines to reach the injured men.

He applied tourniquets and bandages and then, with help, carried two patients out of the drive which was the scene of the incident.

This was a tiring and difficult task as it entailed hugging a wall all the way. Arturo was on the more dangerous side thoughout.

While the rescue party was considering how best to help a third man who lay some distance within the minefield, another mine burst beneath the rubble on which they stood. This killed one helper and wounded Arturo and another. 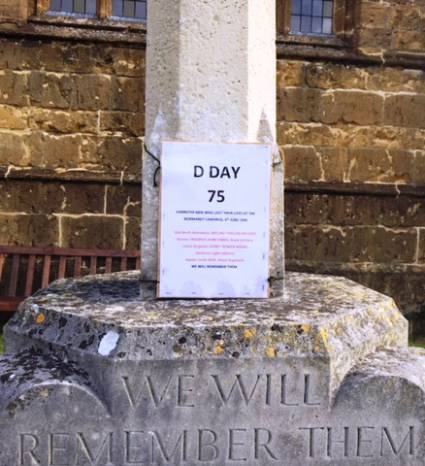 PHOTO – TOP: Arturo Fanconi and his gravestone at the Bayeux War Cemetery in France.

PHOTO – RIGHT: A simple but poignant makeshift plaque was placed at the foot of the War Memorial at The Minster in Ilminster to remember those local men who had been killed during the D-Day Landings of 75 years ago in Normandy. The sign lists the names of Sick Berth Attendant Arturo Fanconi, of the Royal Navy; Gunner Frederick John Symes, of the Royal Artillery; Lance Sergeant Sidney Rowen Weeks, of the Somerset Light Infantry; and Sapper Leslie Wills, of the Royal Engineers.

Despite this, Arturo tried to collect his scattered medical kit and to help his comrade.

He had to crawl to do so and was in great pain. In his attempt, he exploded a further mine which blew off one of his feet. The explosion hurled him into the air, and when he fell set off a third mine which severed his other foot.

A corporal made every effort to help him, but the kit was now of little use and Fanconi could not be saved.

All who had witnessed his selfless courage, his speed and skill in giving aid to others, all the while exposing himself to immediate danger, were inspired by his great example.

Arturo was buried at the Bayeux War Cemetery in France and was aged 38.

He was awarded the Albert Medal for Lifesaving in honour of his bravery. The Albert Medal was discontinued in 1971 and was replaced by the George Cross – equal to the Victoria Cross.