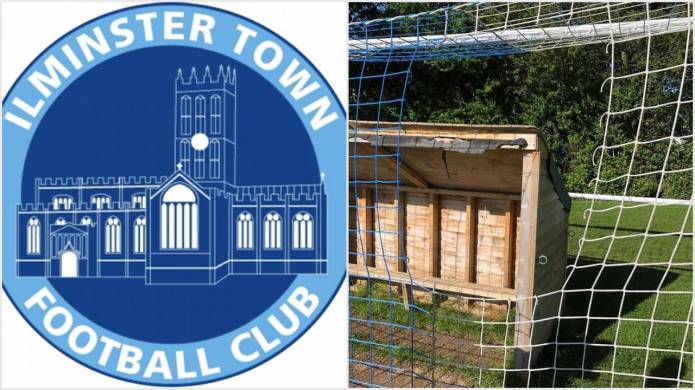 THE never faltering community spirit in Ilminster has been shining brightly this week after vandals tried to cast a shadow over the town.

The nets are now unusable and the cost of the damage amounts to more than £500.

But the community has come together in positive fashion and has been donating to an online appeal which was set-up for the club – which has senior teams, youth teams and ladies teams and is a real hub of the town - to replace the nets as quickly as possible.

A club spokesman said they would like to thank everyone who has so far donated to the appeal and for their loyal supporters who have once again come to the rescue.

“Thanks to everyone who has donated or offered messages of support,” said the spokesman. “The support received has proven that community spirit wins through despite the acts of a small minority.”

But people have still been left angered by the fact that the appeal had to be launched in the first place due to the moronic actions of a mindless few.

“That’s another example of a spineless waste of oxygen,” wrote one person on social media Facebook.

“OMG! What is wrong with people,” wrote another.

“What is the point? Idiots!” said another, while one person described it as “pointless vandalism.”

Steve Sowden, editor of the Ilminster Press, said the vandals will not get one over the strong community spirit there is in the town – highlighted by the recent Ilminster Literary Festival and the Ilminster Midsummer Experience.

“Congratulations go to the organisers of the literary festival and IMEX as I know that they are not easy to put together,” he said.

“Sadly on the downside of community life we recently heard about the vandalism at Ilminster Town Football Club where offenders decided it was a “good idea” to wreck the goal nets. Completely pointless, very frustrating and hugely disappointing for everyone concerned with the club.

“An appeal was made by the club to recoup the money needed to replace the nets and the community has shown its fantastic true colours by coming up trumps and giving a two-fingered salute to the vandals.

“That is the real Ilminster community. Not the mindless morons who find fun out of vandalism, but the good law-abiding folk of the town who came together in a time of need and put their hands in their pockets to put right what had been damaged.”

Anyone wanting to support the club and make a donation can do so by logging onto www.justgiving.com/crowdfunding/ilminstertownfc – the online appeal will close on July 16.

While anyone with information regarding the vandalism at Ilminster Town FC can contact police on 101 or Crimestoppers on 0800-555-111 or speak to a local PCSO.