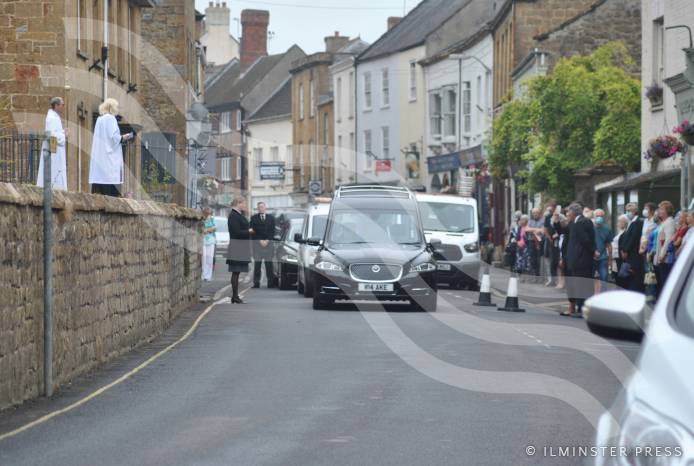 A RIPPLE of applause could be heard in Ilminster town centre as well-wishers showed their appreciation for the life of Joan Olds – a real stalwart of the local community and a formidable fundraiser for the Royal National Lifeboat Institution.

Mrs Olds passed away on July 29 at Musgrove Park Hospital in Taunton after a short illness. She was aged 88.

She had run the RNLI charity shop in Ilminster – believed to be the RNLI’s only inland shop based away from the coast – for more than 30 years, mostly with her husband Jim, a former Ilminster town crier, who died ten years ago.

Due to the ongoing restrictions regarding gatherings because of the coronavirus pandemic, a short funeral service was held outside The Minster in Silver Street, Ilminster, on August 14, 2020, where people gathered to pay their respects.

The vicar, Rev Jo Stobart, stood on the grassed bank overlooking Silver Street and greeted the hearse which carried Mrs Olds’ coffin, which was draped in the flag of the RNLI. The hearse was followed by a RNLI support vehicle. 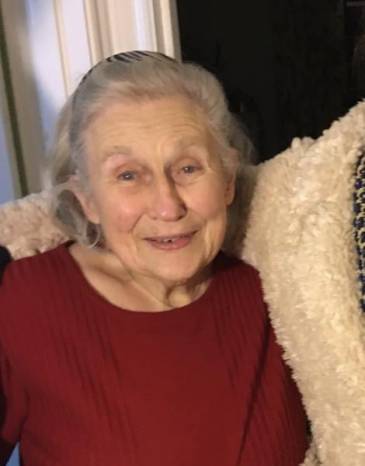 Rev Stobart said: “Whilst Joan’s family will remember her as a mother and as a grandmother who would drop anything for her grandchildren; as a town we will almost certainly remember her and Jim most clearly for their remarkable contribution to the work of the RNLI.

“Since the shop, the only inland one of its kind in the country, opened over 30 years ago, it has raised over £1m for the charity.

“It was a work which Jim and Joan began together, but which since Jim’s death a decade ago Joan continued on her own. And with this project to spur her on, despite’s Jim’s loss, Joan flourished during these years.

“So, we give thanks for all Joan gave to so many, for the love she gave to her family and for the dedicated and outstanding service she offered to the RNLI and the community here in Ilminster.”

Rev Stobart added: “She was a fiercely independent person. My abiding memory of Joan will be of meeting her after she had taken down the RNLI Christmas tree from the Christmas Tree Festival in the Minster last Christmas.

“Seeing the tree balanced precariously in her shopper, I offered to give her a hand. She adamantly refused any such help!”

Mrs Olds was born in Chippenham on September 19, 1931, but the majority of her life was spent here in Ilminster with her family, having moved here in 1965 with husband Jim and son Phillip.

As the service in Silver Street concluded and the funeral cortege moved slowly off on its way to Ilminster Cemetery, well-wishers began to applaud in their final show of respect to Mrs Olds.