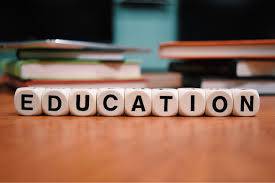 A REVIEW into the future of the current schools system in Ilminster and Crewkerne will restart after Somerset County Council won a key legal battle last week.

Since 2018, the council has been working with headteachers and governors of schools in the area to review the education provision, which includes Swanmead Middle School in Ilminster, as the current three-tier structure is not viable given the number of pupils in the area.

A decision by the South West Regional Schools Commissioner (RSC) last autumn to allow Swanmead to become an academy brought the review to a halt.

The council raised its concerns about this decision with the Regional and National Schools Commissioners but they declined to alter their position. As a result, it was necessary to issue proceedings in the High Court to challenge the RSC’s decision through a Judicial Review.

The council took part in a two-day trial before Mr Justice Fraser earlier this month. He ruled that the Regional Schools Commissioner’s decision for Swanmead to become an academy was unlawful and should be quashed, upholding the council’s position.

“I’m pleased that the legal challenge is over and was found in our favour, but the important part of this work is now ahead,” said Somerset County Council’s education spokesman Cllr Faye Purbrick.

“We need to have a school structure in place that is sustainable in the long term and that provides high quality education for the children and young people of the area.”

She added: “We do recognise there will be a period of uncertainty for children and families until a decision is made, but it is important that the review is as thorough as it can be, and that proper process is followed. Keeping things as they are is simply not an option.

“We will keep changes to a minimum but where changes are necessary, there will be detailed consultation with parents and carers, staff, children and anyone else who may have an interest. We will work closely with head teachers, governors and the RSC to ensure that any change is well-managed and meets the needs of children.

“We want to make sure that we can bring the biggest educational benefits to families living in the Ilminster and Crewkerne catchment area. That’s what is really important about this judgment and that is why I am glad that we can now turn our attention to this again.”

The Ilminster Press has got in touch with Swanmead headteacher Mark Walker and awaiting a response.